While we anticipate more versions to come out soon, we were rushing to finish this by the Beauty & the Freak Hunt that we’re participating in as it is the cute little logs in a basket which compliment the fireplaces quite well.

We decided to not script them, mainly due to how mesh reacts with being scripted. It basically doubles the prim/LE cost to the consumer, so we instead are providing many options for the price of one, they come default with both styles of our fireplace grates (which have light emitting or no light emitting versions) as well as with a shadow or without,and with sound and without. Yes, that is 16 options total… and no there is no scripts. So it’ll be packaged in either subsets or with a script (which asks you what type you want upon rez)… we’ll see. 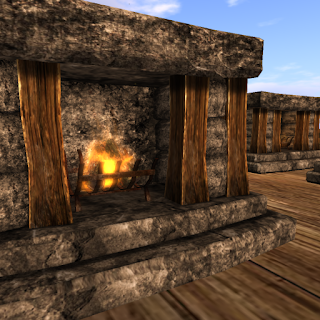 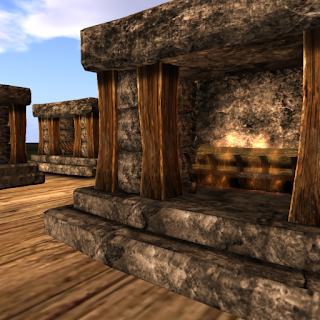 We are of course, also working on corner ones (which may or may not be done) and anticipate releasing these complete with a separate smoke-stack on top for those of you who desire one.

They’re only 3 prims though as of current, 4 with smoke stack. That is pretty damned good if I say so myself.