Our preliminary release of seasonal goodies is out now!
You’ll notice many items from last year, and so I wished to clarify what they’re doing here again…
Most of the items last year have been redone to include texture variants, as well as modify & copy. You wont be purchasing single-colour packs for pumpkins.
The Pumpkin Candles & Jack-o-Lanterns both have texture menus in them now, so you get all Jack’s in one, and all of the Pumpkin Candle colours in one.
Existing products for single tones etc can be purchased for 15-25L$ in the multipanel vendor, but wont be on display as the newer ones are a better value.
Otherwise, the majority of the releases are for sale at 95L$ and under, with a few going up higher. Namely, you’ll find the Dark Candelabra set at just 235L$ as the most expensive item in this release, but I think it’s very worth it & hope you will too.
Stop by & see what we’ve got in store for you.
(But stay tuned for some releases later in the day, including an up & coming 25L$ Tuesdays release!) 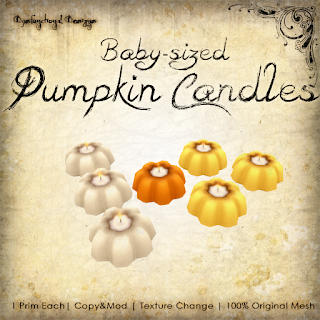 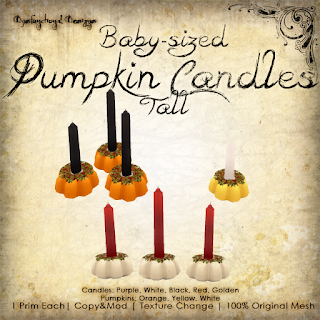 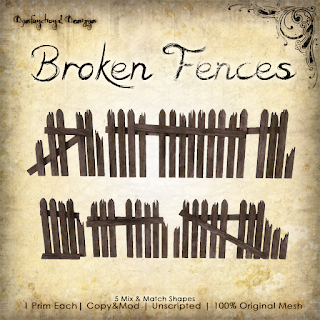 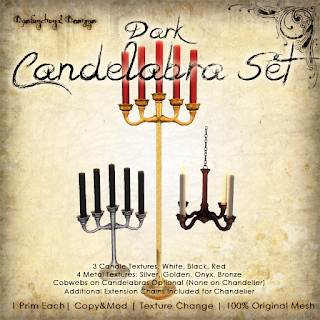 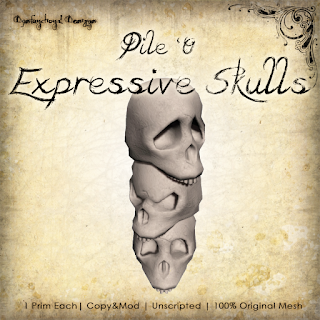 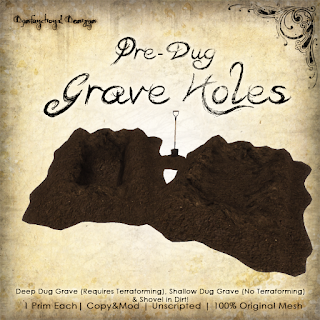 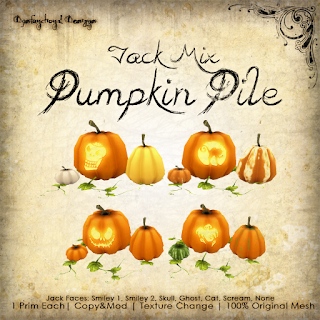 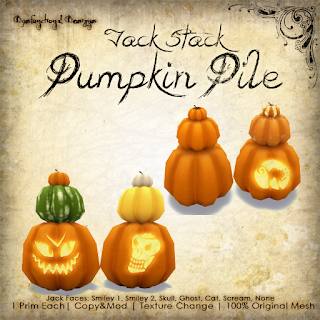 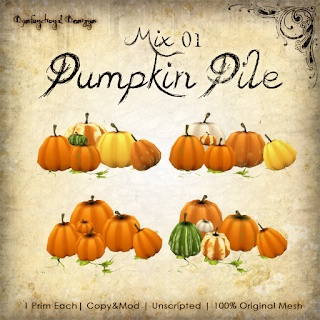 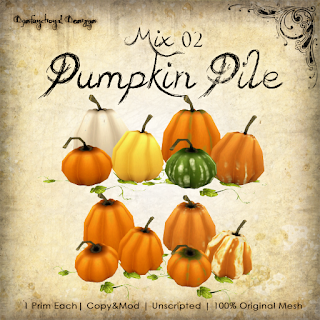 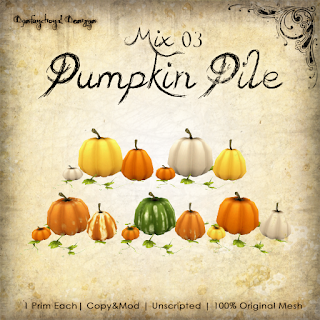 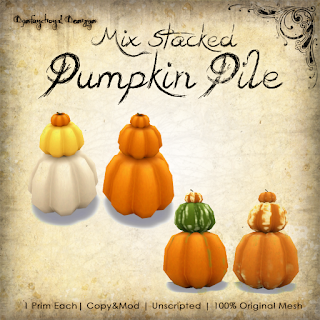 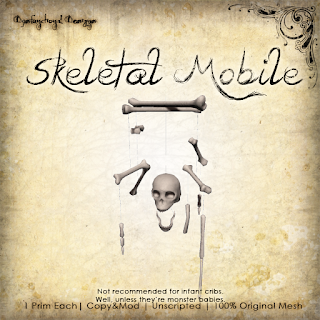 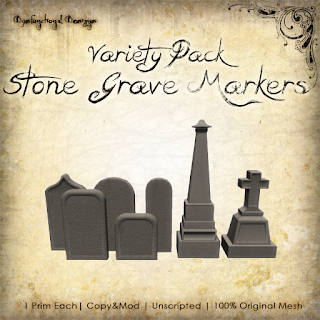 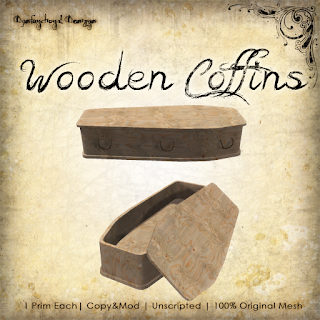